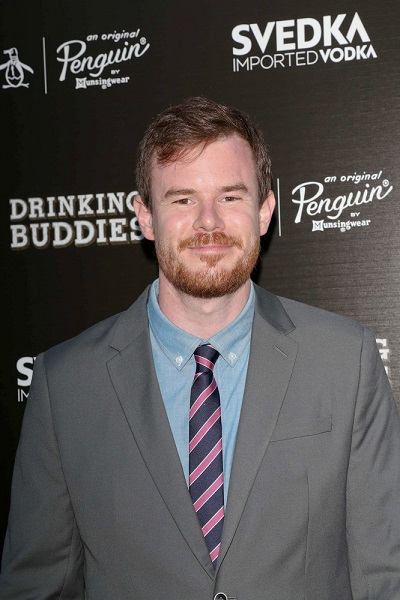 Swanberg in 2013, photo by Prphotos.com

Joe Swanberg is an American film director, producer, writer, and actor, among other occupations.

His paternal great-great-grandfather was of Swedish descent (the origin of Joe’s surname), and Joe’s other ancestry is Irish, Scottish, German, English, French-Canadian, and Welsh.

He has two children with his former wife, filmmaker and actress Kris Williams, also known as Kris Swanberg.

Joe’s maternal grandfather was William J. Coming (the son of Alfred Ignatius Coming and Mary Reeta/Ruth Sullivan). William was born in LaSalle, Colorado. Alfred was the son of Joseph Omar Viens/Coming and Célina/Sélena Victoria Larivière, who was French-Canadian, from St-Grégoire, Québec, Canada. Mary was the daughter of William M./Leo Sullivan and Grace Ruth Davis.

Joe’s maternal grandmother was Nancy Jo Tucker (the daughter of David Edwin Tucker and Leah Ckula Shank). Nancy was born in Indiana. David was the son of Carl Russell Tucker and Minnie Arra Stage. Leah was the daughter of Jacob Shank and Artie/Art May Montel.

Genealogy of Joe’s paternal grandfather, Clifford Duane Swanberg (focusing on his own father’s side) – http://worldconnect.rootsweb.ancestry.com

Genealogy of Joe Swanberg (focusing on his mother’s side) – http://worldconnect.rootsweb.ancestry.com