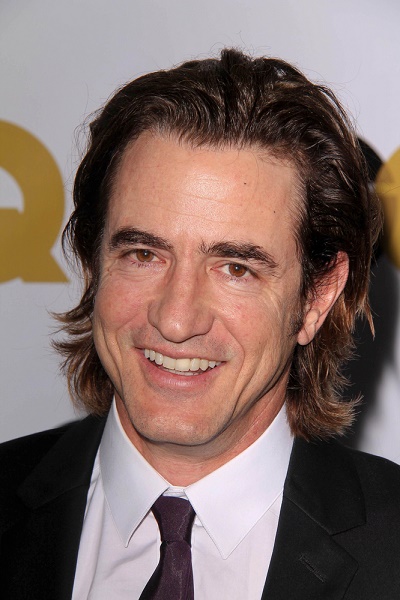 Mulroney in 2013, photo by PrPhotos

Dermot Mulroney is an American actor, director, and musician. His roles include The Family Stone, About Schmidt, My Best Friend’s Wedding, and The Wedding Date, among many others.

Dermot is the son of Ellen, a regional theatre actress, and Michael Mulroney, a law professor. His father was of three quarters Irish and one quarter German ancestry. His mother was of entirely Irish descent. His brother is actor and screenwriter Kieran Mulroney.

Dermot is married to Italian cinematography agent Tharita Cesaroni. He has a son with his former wife, actress Catherine Keener; and two children with Tharita.

Dermot’s maternal grandfather was Donald J. Goen (the son of John J. Goen and Sarah E. Dobbins). Donald was born in Iowa. John was born in California, to Irish parents, Edward J. Goen, from Tipperary, and Mary Hynes. Sarah was born in Iowa, the daughter of John Dobbins and Margaret Doyle, both from Louth, Ireland.

Genealogy of Dermot Mulroney (focusing on his father’s side) – http://worldconnect.rootsweb.ancestry.com 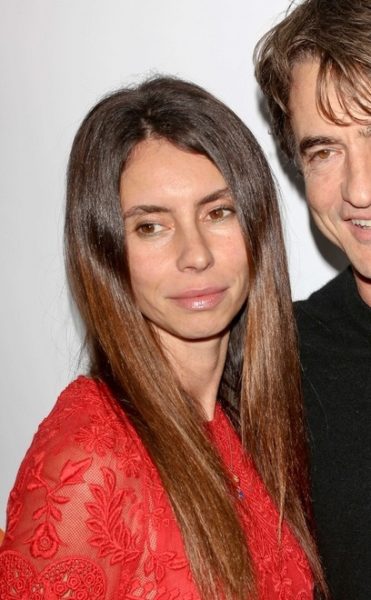 Mulroney with wife Tharita Cesaroni in 2012, photo by Prphotos.com