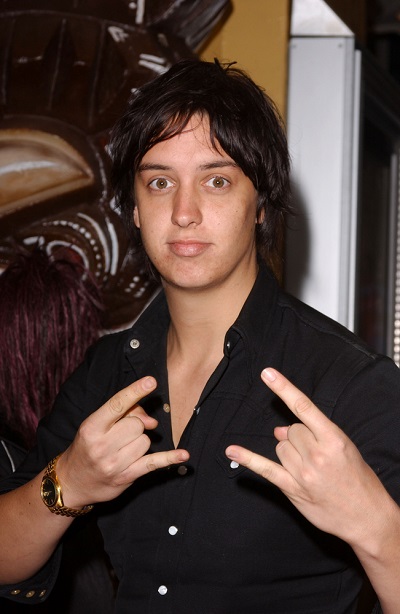 Casablancas in 2004, photo by Prphotos.com

Julian Casablancas is an American singer, musician, songwriter, and record producer. He is the lead vocalist of the rock band The Strokes. The other members of the band are Nikolai Fraiture, Albert Hammond, Jr., Fabrizio Moretti, and Nick Valensi.

Julian is the son of Jeanette Christiansen, a model, and John Casablancas, a business mogul, who was the founder of Elite Model Management. His father was of Catalan Spanish descent. His mother is Danish, and was once Miss Denmark.

Julian is married to Juliet Joslin, who was assistant manager of The Strokes, and with whom he has two children.

Julian’s paternal grandmother was named Antonia Ubach (or Antònia Ubach in Catalan). Antonia was a model for Balenciaga, and was from Palma, Majorca.