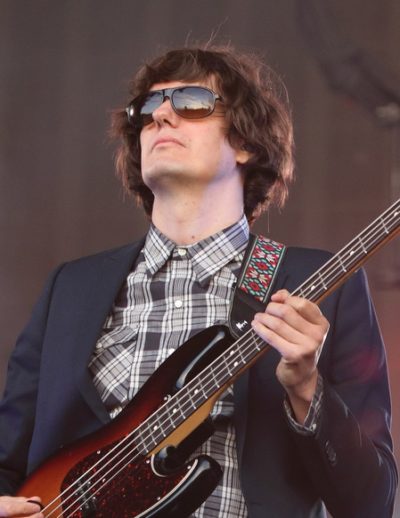 Fraiture in 2015, photo by Prphotos

Nikolai Fraiture is an American musician and songwriter. He is the bass guitarist of the rock band The Strokes. The other members of the band are Julian Casablancas, Albert Hammond, Jr., Fabrizio Moretti, and Nick Valensi.

He is nicknamed Nickel Eye.

Nikolai is the son of Catherine and Philip/Philippe P. Fraiture. His father is French and his mother is Russian. He speaks French fluently. Nikolai is married to Ilona “Illy” Jankovich, with whom he has two children.