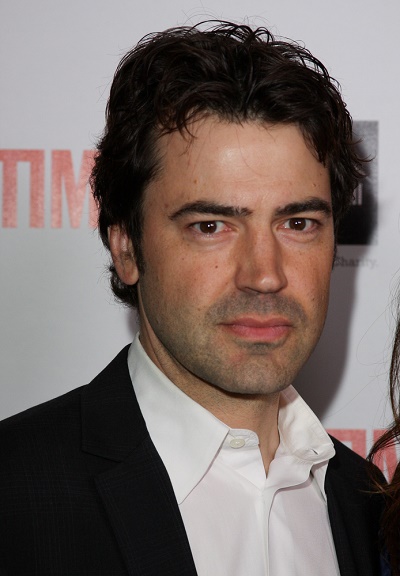 Livingston in 2010, photo by Prphotos

Ron Livingston is an American actor.

Ron is the son of Linda and Kurt Livingston. His mother is a Lutheran minister and his father is an electronics and aerospace engineer. Among his siblings is John Livingston, an actor, and Jennifer Livingston, a television news personality at WKBT in La Crosse, Wisconsin. Ron is married to actress Rosemarie DeWitt, with whom he has two children, who are adopted.

Ron’s patrilineal line can be traced to William Livingston, who was born, c. 1735, in Ireland, and was likely of Scots-Irish/Northern Irish background.

Ron’s paternal grandmother was Janet Mae Roenspiess (the daughter of Harry C. Roenspiess and Gladys Ellen Phillips). Janet was born in Iowa. Harry was the son of Leo P. Roenspiess, who was German, and of Verda/Virda Nicholson/Heatherington. Gladys was the daughter of William Edgar “Willie” Phillips and Mary Elvira/Vira Shroyer.

Ron’s maternal grandfather was Bruno S. Rinas (the son of Adolph Rinas/Rynas and Albertina/Albertine Laudin). Bruno was born in North Dakota. Adolph’s parents, Adolf Rynas and Johanna Rosenberg, were ethnic Germans from Poland. Albertina was an ethnic German from Russia, and was the daughter of Karl Laudin and Louise/Luise Daus.

Genealogy of Ron’s paternal great-great-grandfather, Albert Emmet Park (focusing on his own father’s side) – https://worldconnect.rootsweb.ancestry.com