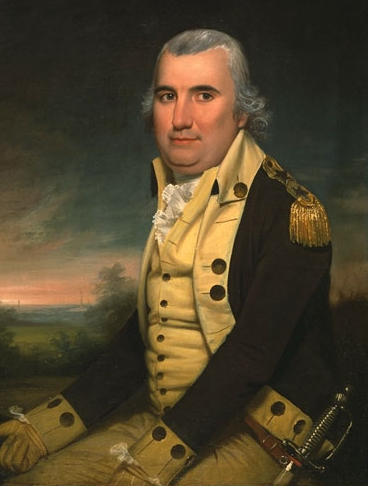 Charles Cotesworth Pinckney was an American statesman, politician, and Founding Father. A member of the Federalist Party, he served as U.S. Minister to France, from September 9, 1796 to February 5, 1797. He was a veteran of the Revolutionary War and a delegate to the Constitutional Convention in 1787, where he signed the constitution.

Charles was the first major party nominee for President of the United States who never ended up serving as president.

Charles was the son of Eliza (Lucas) Pinckney, a planter and agriculturist, and Charles Pinckney, a politician and colonial agent, who was chief justice of the Province of South Carolina. His mother was born in Antigua and Barbuda, and developed indigo as one of the most important cash crops in South Carolina. His brother, Thomas Pinckney, was a statesman and politician, who was Governor of South Carolina, from February 20, 1787 to January 26, 1789, U.S. Minister to Great Britain, from August 9, 1792 to July 27, 1796, a Member of the U.S. House of Representatives from South Carolina, from November 23, 1797 to March 3, 1801, and a Federalist Party candidate for Vice President of the United States in 1796. His first cousin, once removed, Charles Pinckney, was a politician, who also served as Governor of South Carolina, and also signed the U.S. constitution.

Charles was married to Sarah Middleton, until her death, and then to Mary Stead, until his death. He had three children.