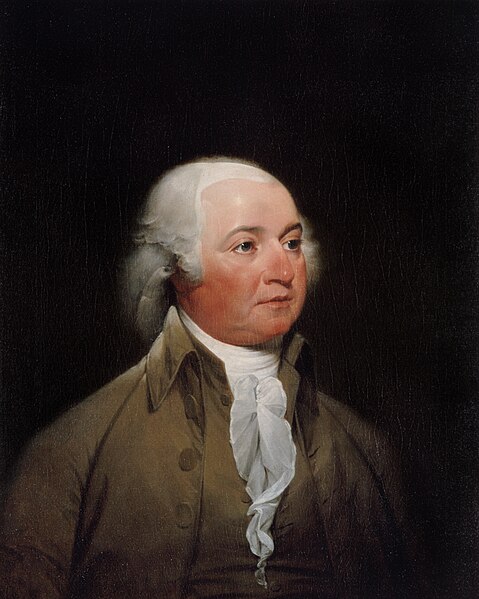 President Adams was one of the Founding Fathers of the United States.

President Adams was the son of Susannah/Susanna (Boylston) and John Adams. His father was of English, one eighth Scottish, small amounts of French and Breton, and 1/32 Italian (Sicilian) descent. His mother was of English ancestry. With his wife, Abigail (Smith) Adams, President Adams had six children, including John Quincy Adams, who served as President of the United States from March 4, 1825 to March 4, 1829.

President Adams and his son were the first father-and-son U.S. president duo. The second pair consists of George H. W. Bush and George W. Bush. There was also a pair of U.S. Presidents who were grandfather-and-grandson, William Henry Harrison and Benjamin Harrison.

President Adams’ paternal grandmother was Hannah Bass (the daughter of John Bass and Ruth Alden). Hannah was born in Braintree, Norfolk, Massachusetts. John was born in Saffron Waldon, Essex, England, the son of Samuel Bass, who had French, Breton, and one quarter Italian Sicilian ancestry, and of Anne Savell/Saville/Savil. Ruth was born in Massachusetts, the daughter of English parents, John Alden and Priscilla Mullins, who came over on the Mayflower.