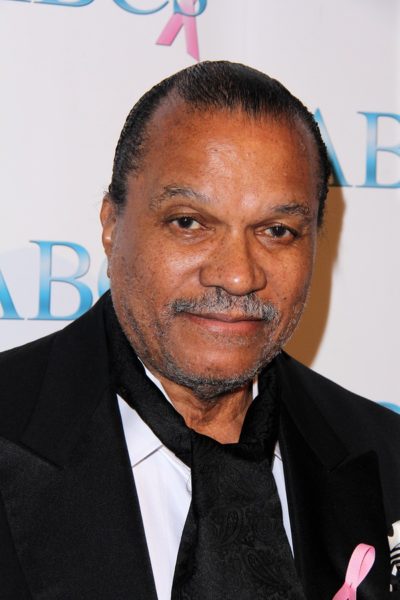 Williams in 2014, photo by kathclick/Bigstock.com

Billy Dee Williams is an American actor, artist, and singer. He is known for playing Lando Calrissian in the Star Wars franchise, as well as for Lady Sings the Blues, Nighthawks, and other roles.

His parents were both black. His father, William December Williams, was from Texas, and his mother, Loretta Anne/Eve (Scott), was from Montserrat, an island in the Caribbean.

Billy is married to Teruko Nakagami. He has a son with his former wife Audrey Sellers; and a daughter with Teruko.

Source: Genealogy of Billy Dee Williams (focusing on his father’s side) – https://www.geni.com