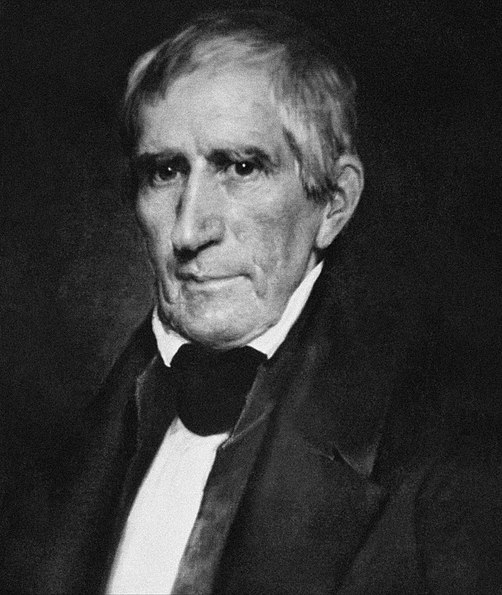 William Henry Harrison was an American politician. A member of the Whig Party, he served as the ninth President of the United States, in from March 4, 1841 to April 4, 1841. He was elected to the position in 1840. He served as president until his death from pneumonia. He has the shortest tenure of an American President, having served for thirty two days.

He was also the Whig Party’s nominee for President of the United States in 1836.

President Harrison’s paternal grandmother was Anne Carter (the daughter of Robert “King” Carter and Elizabeth “Betty” Landon). Anne was born in Virginia. Robert was the son of John Carter, who was born in Newgate, London, England, and of Sarah Ludlow, from Maiden Bradley, Wiltshire, England. Elizabeth was born in Credanhill, Hertfordshire, England, the daughter of Thomas Landon and Mary DeLavall. Mary’s father, President Harrison’s great-great-great-grandfather, was Thomas Delavall, born in England, who thrice served as Mayor of New York City.

President Harrison’s matrilineal line can be traced to Isabel Bowles, who was born, c. 1602, in Greasley, Nottinghamshire, England.

Tags: 18361840EnglishPresident of the United States