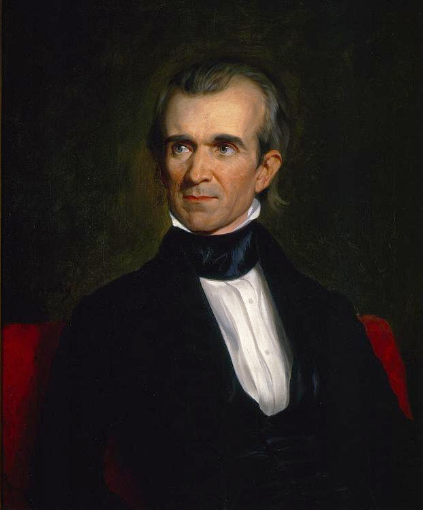 He received one electoral vote for Vice President of the United States, from Tennessee, in the 1840 presidential election.

President Polk was the son of Jane (Knox) and Samuel Polk. He was married to Sarah Childress Polk, until his death. The family surname was Pollock several generations back.

President Polk’s mother was related to John Knox, the Scottish minister, theologian, and writer who was a leader of Scotland’s Protestant Reformation.