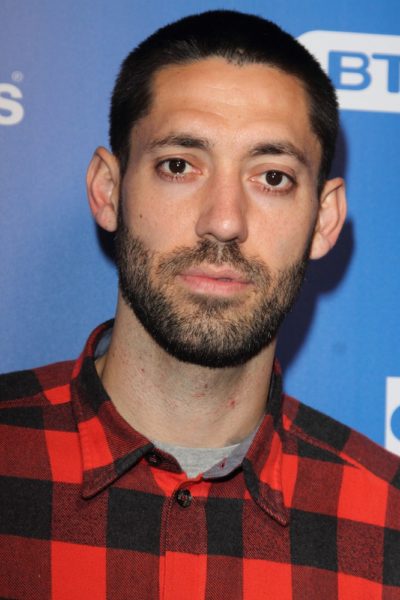 Clint Dempsey is an American professional soccer player. He is the all time top-scorer of U.S. National Team.

Clint is the son of Debralynn and Aubrey Dempsey. He is married to Bethany (Keegan), with whom he has four children.

Clint’s paternal grandftather was A. Dan Dempsey (the son of David Marion “Dave” Dempsey and Ida Nora Phillips). Clint’s grandfather A. Dan was born in Texas. David was the son of Phillip Daniel Dempsey and Susanna/Susan Smelley/Smelly. Ida was the daughter of Isaac Moses Phillips and Phoebe Ann “Febban” Bass.

Clint’s maternal grandmother is named Jacklyn Anne Huffsmith (the daughter of Bennett Joseph Huffsmith and Mary M.). Jacklyn was born in Colorado. Bennett was the son of Jesse Bennett Huffsmith and Lucile Worrall, whose mother was born in Canada, to parents from England and Scotland, respectively.

Genealogy of Clint’s paternal great-grandfather, Giles Nepoleon Cureton (focusing on his own father’s side) – https://www.findagrave.com