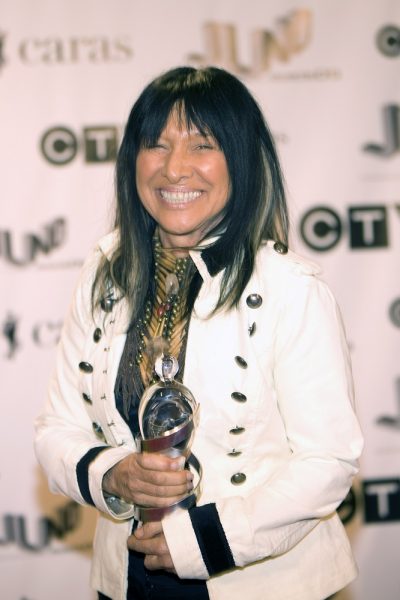 Buffy was born on the Piapot Cree Indian reserve in the Qu’Appelle Valley, Saskatchewan, Canada. Both of her parents were Cree. She was adopted by Winifred and Albert Sainte-Marie, and was raised in Massachusetts. She later returned to Canada.