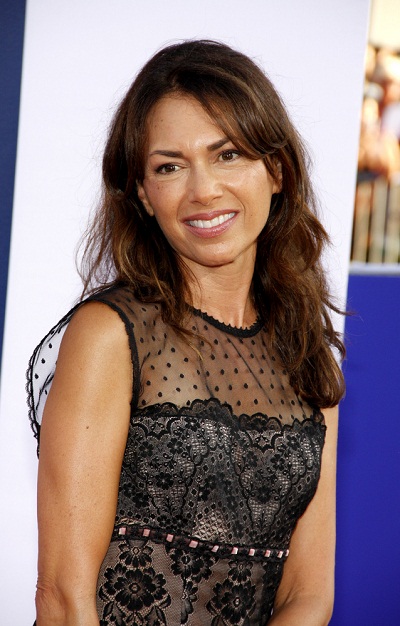 Susanna Hoffs is an American vocalist, guitarist, and actress. She is the co-vocalist and rhythm guitarist of the rock band The Bangles. Other members of the band include/have included Debbi Peterson, Vicki Peterson, and Michael Steele.

Susanna was born in Los Angeles, California, to a Jewish family. She is the daughter of Tamar Simon Hoffs (born Tamar Ruth Simon), a film director, writer, and producer, and Joshua Allen Hoffs, a psychoanalyst. Susanna is married to director, producer, and screenwriter Jay Roach. Jay is a convert to Judaism. The couple has two children.

Susanna’s paternal grandfather was Saul William Hoffs (the son of Joseph Hoffs and Chana Lieba Meyer). Saul was born in Connecticut, to parents from Lithuania.

Susanna’s maternal grandfather was named Ralph Simon (the son of Isaac Simon and Yetta). Ralph was a rabbi. He was born in New Jersey, to parents from Russia.

Susanna’s maternal grandmother was named Kelsey Hoffer (the daughter of Moses Hoffer and Ida). Kelsey was born in New York, to parents from Austria.