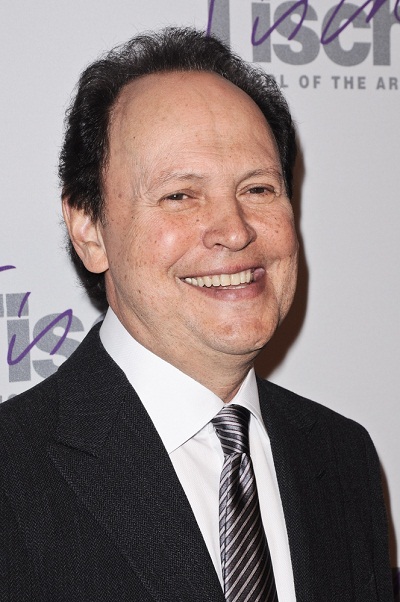 Crystal in 2010, photo by PRPhotos

He is the son of Helen (Gabler) and Jack Crystal. His family were Jewish emigrants from Russia, Austria, and Lithuania. His uncle (mother’s brother) was record producer Milt Gabler, who founded the Commodore Music Store, which was operated by Billy’s father. Billy is married to Janice Goldfinger. Janice is also Jewish. The couple has two children, actress Jennifer Crystal Foley and producer Lindsay Crystal.

Billy’s paternal grandfather was Julius Crystal/Cristal (who was possibly the son of Hannis Crystal and Eva Bard). Julius was a Russian Jewish emigrant, from Odessa.

Billy’s maternal grandfather was Julius Gabler (the son of Louis H. Gabler and Clara Honsel). Julius was a Jewish emigrant from Austria.

Billy’s maternal grandmother was Susie Kasindorf (the daughter of Isaac Kazancov/Kasindorf and Miriam/Mary Shliomovitch/Shliomovich). Susie was born in New York. Isaac was a Jewish emigrant from Russia, possibly from Moscow, and was the son of Joel Kasinzov/Kasindorf and Malka Chanin. Miriam was a Jewish emigrant from Ariogala, Kaunas, Lithuania, the daughter of Hirsh Elijah Shliomovich/Blass and Malka Friedland.