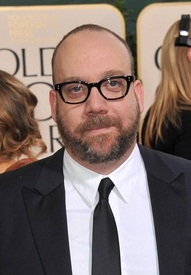 Paul is the son of Toni Marilyn (Smith), an actress and teacher, and A. Bartlett Giamatti (Angelo Bartlett Giamatti), a professor of English literature, who served as President of Yale University, from December 20, 1978 to June 10, 1986, President of the National League (baseball), from June 10, 1986 to April 1, 1989, and Commissioner of Baseball, from April 1, 1989 to September 1, 1989. Actor Marcus Giamatti is his brother. Paul has a son with his former wife Elizabeth Cohen.

Paul’s paternal grandfather was Valentine John Giamatti (the son of Angelo Giammattei and Maria Lavorgna). Paul’s grandfather Valentine was born in New Haven, New Haven Co., Connecticut, to Italian parents. Angelo was from Telese Terme, Province of Benevento, Campania, the son of Pasquale Giamattei and Philomena Procini. Maria was from San Lorenzello, also in Province of Benevento, the daughter of Luigi Lavorgna and Maria Giovanna Sagnella. The surname Giamatti was originally spelled Giammattei.

Paul’s paternal grandmother was Mary/Marion Claybaugh Walton (the daughter of Bartlett Walton and Helen Buffum Davidson). Paul’s grandmother Mary was born in Wakefield, Middlesex, Massachusetts, and was of mainly English descent, with remote Scottish roots. She had considerable Colonial American ancestry. Bartlett was born in Massachusetts, the son of Arthur Gould Walton and Mary Ellen Bartlett. Helen was born in South Berwick, York, Maine, the daughter of James Thomas Davidson and Sarah Elizabeth Burleigh. Sarah’s father, John H. Burleigh, was a Republican Party politician, who was a Member of the U.S. House of Representatives from Maine, from March 4, 1873 to March 3, 1877.

Paul’s maternal grandfather was Abram/Abraham/Abe E. Smith (the son of David Thomas Smith and Mary E. Stansfield). Abram was born in Weston, Somerset, New Jersey. David was the son of Abram/Abraham T. Smith and Sarah Jane Voorhees, and was of heavily Dutch descent, along with English, and very remote French, roots. Mary E. was the daughter of James A. Stansfield, an English immigrant, and of Elizabeth Byers, who was likely of English descent.

Genealogy of Paul Giamatti (focusing on his father’s side) – http://worldconnect.rootsweb.ancestry.com