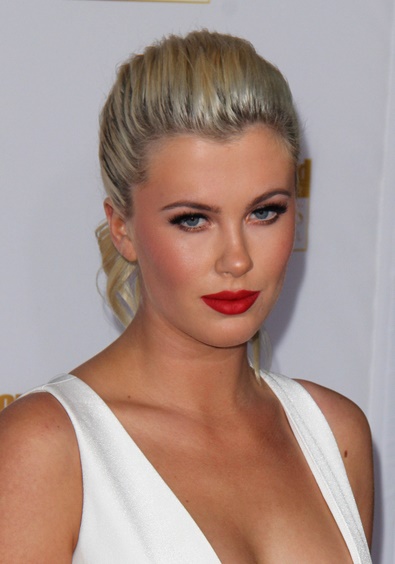 Baldwin in 2014, photo by Prphotos.com

Ireland Baldwin is an American model and actress. She is the daughter of actors Alec Baldwin and Kim Basinger. Her uncles are actors Daniel Baldwin, William Baldwin, and Stephen Baldwin. Her cousin is model and actress Hailey Baldwin.

Ireland’s maternal grandfather was Donald Wade Basinger (the son of Michael Herman Basinger, Sr. and Jessie Belle/Jessiebelle Ashley). Donald was born in South Carolina. Michael was the son of Richard Basinger and Elizabeth “Lizze” Pheby Pence. Jessie was the daughter of Clarence Allen Ashley and Carrie May Ellis.

Ireland’s maternal grandmother was Ann Lee Cordell (the daughter of James Cullen Cordell and Mamie Elizabeth Howard). Ann was born in Georgia. James was the son of James Lindsey Cordell and Morning/Mourning Ann Shiflett/Shiflet. Mamie was the daughter of John James Howard and Hannah Webb.

Genealogy of Ireland’s father (focusing on his father’s side) – http://www.wikitree.com

Genealogy of Ireland’s mother (focusing on her own father’s side) – http://worldconnect.rootsweb.ancestry.com