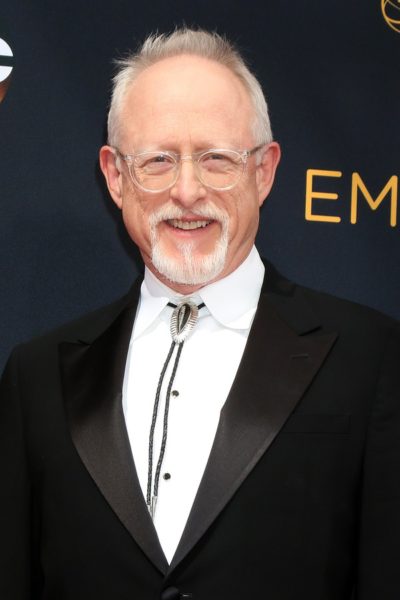 Schenkkan in 2016, photo by kathclick/Bigstock.com

Robert Schenkkan is an American playwright, screenwriter, and actor.

Robert’s father was from a Dutch Jewish family, and had both Ashkenazi and Sephardi ancestry, including more distant German Jewish, English Jewish, French Jewish, Italian Jewish, and Iranian Jewish, ancestors. He was, however, probably raised Catholic (his own parents, Robert’s paternal grandparents, likely converted from Judaism to Catholicism). Robert’s mother had English and some Scottish roots.

Robert’s patrilineal line can be traced back to Abraham Juda Schenkkan-Levie, who was born, c. 1781, in Amsterdam, the Netherlands, and to Abraham’s parents, Juda Eliaser Levie and Roosje Isaac, who were born in Stuttgart, Germany.

Robert’s paternal grandfather was Jozef/Joseph Schenkkan (the son of Levie Hyman Schenkkan and Roosje Ensel). Jozef was born in Amsterdam, to a Jewish family. Levie was the son of Hijman Abraham Schenkkan and Judic Levie Smit. Roosje was the daughter of Mozes Joseph Ensel and Sara Joseph Rimini, whose father was born in London, England.

Sources: Genealogy of Robert Schenkkan (focusing on his father’s side) – https://www.geni.com