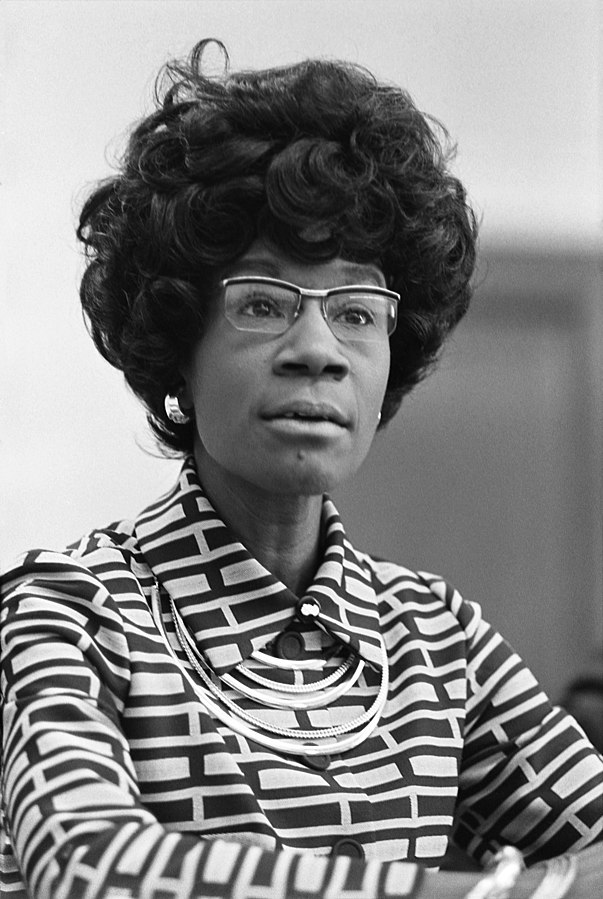 Shirley was the daughter of Ruby (Seale) and Charles Christopher St. Hill. Her father was born in British Guiana (now Guyana), and lived in Barbados before coming to the U.S. Her mother was born in Christ Church, Barbados. Her surname was from her former husband, Conrad Chisholm.

Shirley was the first woman to win a major party’s presidential nominating contest and/or primary, winning three in 1972 (although, because of the specific delegate-allocation rules, the victories were somewhat of a technicality). The only other woman to have won such a contest for a major party is Hillary Clinton, in 2008 and 2016.

As stated, Kamala Harris, whose father is Jamaican, began serving as Vice President of the United States in 2021.