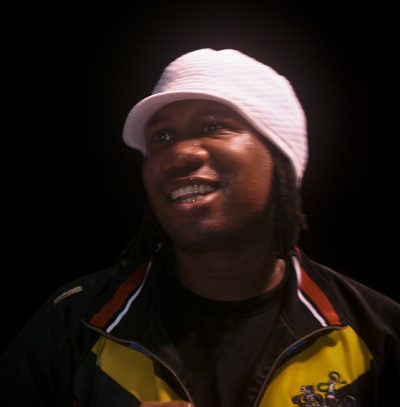 KRS-One is an American rapper, lyricist, producer, and activist. He was the leader of hip-hop group Boogie Down Productions. KRS-One is one of the first rappers to incorporate reggae and dancehall elements into hip-hop music. His name is an acronym for “Knowledge Reigns Supreme Over Nearly Everyone.” He has also been known as KRS, Teacha, The Blastmaster, Big Joe Krash, and The Temple of Hip Hop.

KRS-One is the son of Jacqueline Jones and Sheffield Brown. He has variably stated that his father was an emigrant from Jamaica, Barbados, and Trinidad. His mother was African-American, and was orphaned at three years old. He has a son, music producer and DJ Kris Parker/Predator Prime.

KRS-One’s name was legally changed to Lawrence Parker, when his mother remarried to Johnnie Parker. As a youth, he acquired the nickname “Krishna” due to his interest in the Hare Krishna movement. He has since gone by the middle name of “Krisna” or “Kris.”

Sources: Excerpt from the book Knowledge Reigns Supreme: The Critical Pedagogy of Hip-Hop Artist KRS-One, 2009, where KRS-One states his birth name and that his father was from Barbados – https://books.google.com

Article where KRS-One states his father was Jamaican – https://www.nytimes.com

Interview that states KRS-One’s father was from Trinidad – https://www.jstor.org