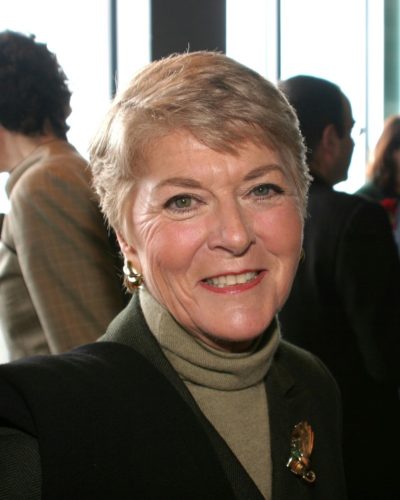 Ferraro in 2003, photo by Prphotos

Geraldine Ferraro was an American attorney and politician.

Geraldine was a Member of the U.S. House of Representatives from New York, from January 3, 1979 to January 3, 1985, as well as United States Ambassador to the United Nations Commission on Human Rights, from 1993 to 1996.

Geraldine was the daughter of Antonetta L. (Corrieri) and Dominick Ferraro. Her father was an Italian immigrant, from Marcianise, Campania. Her mother was born in New York, to Italian parents.

She was married to real estate developer John Zaccaro, with whom she had three children.

Several people of significant Italian heritage have run plausible or semi-plausible campaigns for a major political party’s nomination for President of the United States. Of these candidates, the ones who have won a major party’s caucus, primary, and/or nominating ballot are:
*Al Smith (who was the Democratic Party’s nominee for President of the United States in 1928, and was also a candidate for the 1920, 1924, and 1932 Democratic nominations for President: in 1928, he won 12 contests; in 1932, he won 4 contests; Smith’s paternal grandfather was Italian)
*Michael DiSalle (1960; Democratic; won 1 state, Ohio)
*Rick Santorum (Republican; ran in 2012 and 2016: in 2012, he won 11 contests; Santorum is of three quarters Italian descent)