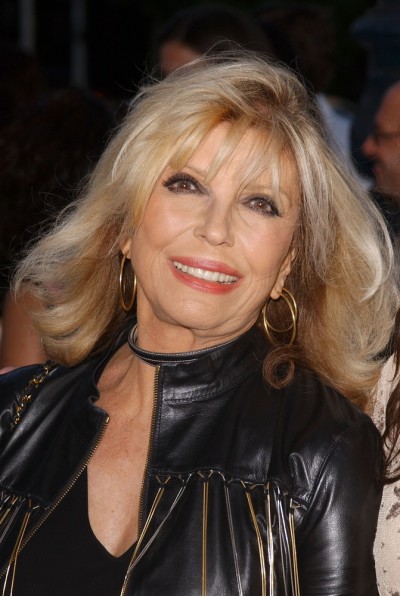 Sinatra in 2004, photo by Prphotos.com

Nancy Sinatra is an American singer and actress.

Nancy was married to Hugh Lambert, until his death. The couple has two children.

Nancy’s paternal grandfather was Antonino Martino Sinatra (the son of Isodore Francesco Sinatra and Rosa Sagliabeni/Saglibene). Antonino was born, c. 1892, in Lercara Friddi, Province of Palermo, Sicily, Italy. Isodore was the son of Isidoro Sinatra and Dorotea Siragusa. Rosa was the daughter of Salvatore Saglimbeni and Angela Maria Lo Forti/Loforte.

Nancy’s maternal grandfather was Michael Barbato (the son of Bartolomeo Barbato and Madalena Scotti). Michael was Italian, from Naples. Bartolomeo was the son of Philip Barbato and Rosaria Schiano. Madalena was the daughter of Michelangelo Scotti and Raffaela Tedesco.