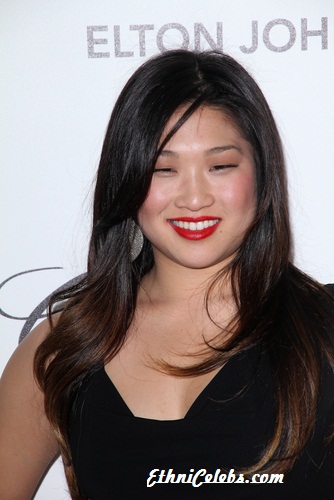 Jenna Ushkowitz (Jenna Noelle Ushkowitz) is an American actress, singer, and writer. She is known for starring on the television series Glee. She is of Korean descent, and was born in Seoul, South Korea. She was adopted by an American family at the age of three months, and raised in East Meadow, New York.

Her adoptive parents are caucasian. Her adoptive father’s own father was from a Polish Jewish family, but the rest of Jenna’s American family is Catholic (with Italian, English, and Irish ancestry). Jenna herself was raised Catholic.