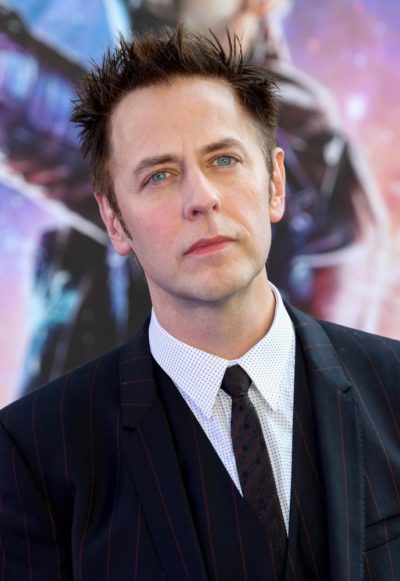 James Gunn is an American filmmaker, actor, producer, novelist, and musician. He has written and directed the films Slither and Guardians of the Galaxy, among others.

James’s paternal grandfather was Donald Joseph Gunn (the son of Joseph Francis Gunn and Jessie Allen). Donald was born in Missouri, and was President of the Board of Aldermen of the City of St. Louis, for the span of nine years. Joseph was the son of Peter Wilson Gilgunn/Gunn, who was Irish, and of Catherine Ludlum. Jessie was the daughter of Joseph Allen and Kate M. McAllister.

James’s paternal grandmother was named Loretto Agnes Hennelly (the daughter of James J. Hennelly and Catherine/Katherine A.). Loretto was born in Missouri. James was Irish. Catherine was born in England, of Irish descent.

James’s maternal grandfather was Charles M. “Duke” Hynek (the son of Charles William Hynek and Anna B. Sladek). James’s grandfather Charles was born in Missouri, the grandson of three Bohemian Czech immigrants. Anna was the daughter of Charles Albert Sladek and Barbara Gahn.

James has referred to having some degree of Jewish heritage, perhaps from having taken a DNA test that showed him to have a percentage of Ashkenazi Jewish ancestry.