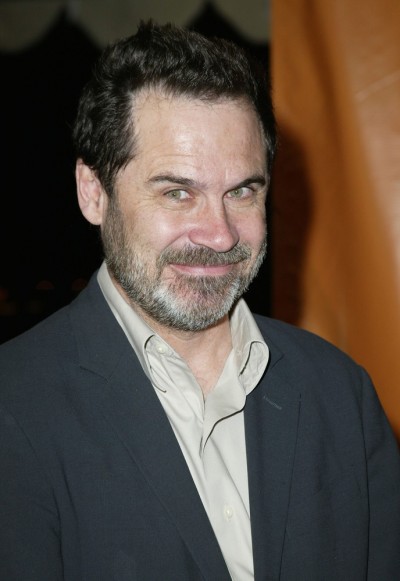 Miller in 2004, photo by Prphotos.com

Dennis Miller is an American stand-up comedian, talk show host, political commentator, sports commentator, and actor. He has had leading roles in the films The Net and Tales from the Crypt Presents: Bordello of Blood.

In a 1994 comedy show, Live from Washington, D.C. – They Shoot HBO Specials, Don’t They?, he stated: “I’m of Scottish extraction, very frugal people…,” 13 minutes into the comedy routine.

His mother, Norma, was a dietitian.

Dennis is married to Canadian model Caroline Espley, with whom he has two children.

Dennis’ paternal grandfather was Harold Zach Miller (the son of Oscar Miller and Mary M. Snyder). Harold was born in Pennsylvania. Oscar was the son of John Miller and Eusebia Angeline Johnson, and was of mostly or entirely German heritage. Mary was the daughter of German parents, Joseph C. Snyder and Ann.

Dennis’ maternal grandfather was Elmer Charles Houck (the son of John Houck and Caroline Prasky/Prawsky). Elmer was born in Pennsylvania, to a German father and a mother from Bohemia, Czechia.