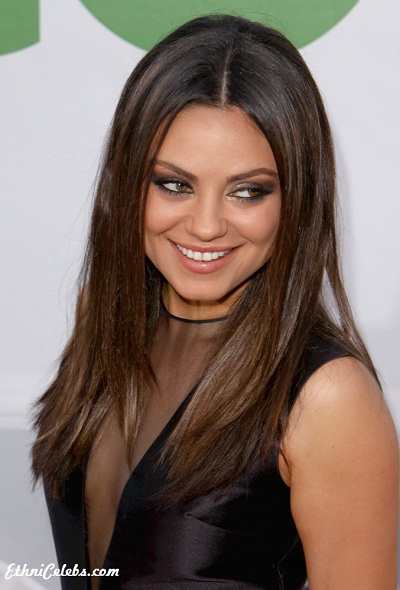 Mila Kunis is an American actress. She has starred on That ’70s Show, and in the films Black Swan, Friends with Benefits, and Max Payne, among many others. Her parents, Elvira and Mark, are both Jewish. She moved to the U.S. when she was seven years old, in 1991, settling in Los Angeles, California.

Mila is married to actor Ashton Kutcher, with whom she has two children.

Three of Mila’s grandparents are named Boris, Roza/Rosa, and Yitzhak.

A 23andMe DNA test taken by Mila stated that her genetic ancestry is:

The amount of guilt that I’ve perfected the use of – already on my 3-year-old – is magical… I took a 23 and Me test, where you find out… what’s your DNA… and I’m thinking “I’m going to be exotic… there’s going to be something wonderful about me.” No, ya’ll, I am 96% Ashkenazi Jew. You know what that means? I’m inbred. I am really Jewish, you guys. There is nothing about me that’s exotic. I am a Jew. You know what that means? Guilt. 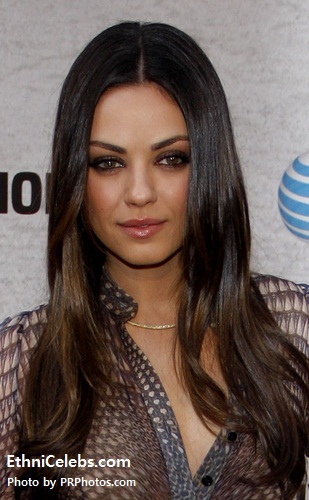