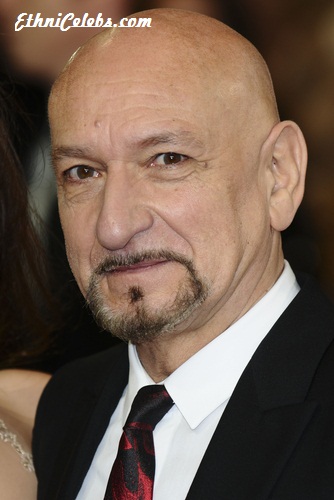 Kingsley in 2011, image via Featureflash / Shutterstock.com

Ben Kingsley is a British actor. He won the Academy Award for Best Actor for Gandhi (1982). He is also known for his roles in the films Schindler’s List, Sexy Beast, Betrayal (1983), Pascali’s Island, Searching for Bobby Fischer, Species, House of Sand and Fog, Elegy, Hugo, The Dictator, Iron Man 3, and Operation Finale, among many others.

In 1994, in an interview with Joe Pollack published in The St. Petersburg Times, Ben stated, “there might be some Russian-Jewish heritage way back on my mother’s side, [but] the thread is so fine there’s no real evidence.”

In 2005, Ben stated in an interview with The Jerusalem Post, about his maternal grandmother, “She was violently opposed to talking about this [his mother’s father], so my poor mother was at the receiving end of a rage attack every time my grandmother was asked about her husband, her lover, whoever it was, but it’s believed that he was a Russian Jew or a German Jew called Goodman.”

Ben’s paternal grandparents were Harji Bhanji and Sikinabhai Lila Shamji. Hardji was a wealthy spice trader who had moved from India to Zanzibar.