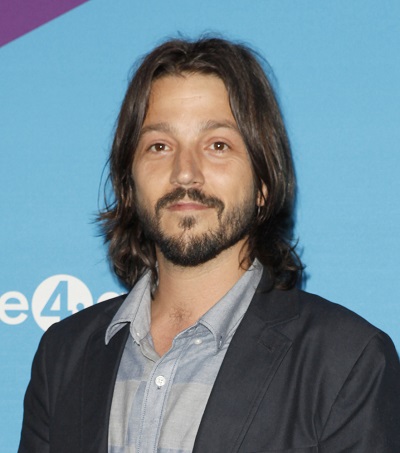 Diego Luna is a Mexican actor, singer, director, and producer. His roles include Before Night Falls, Y tu mamá también, Dirty Dancing: Havana Nights, and Rogue One, among many others.

Diego was born in Toluca, Mexico, and was raised in Mexico City, Mexico, the son of Fiona Alexander, a costume designer, and Alejandro Luna (José Alejandro Dionisio Luna-Ledesma), a set/scenic designer and lighting technician. His father is Mexican. His mother was British, of Scottish and English descent. A picture of Diego with his mother can be seen here.

Diego had his big break when he starred in the critically acclaimed Y tu mamá también, alongside his friend and frequent collaborator Gael García Bernal.

Diego’s patrilineal ancestry can be traced back to his third great-grandfather, Vicente Luna.

Genealogy of Diego Luna (focusing on his mother’s side) – https://www.geni.com