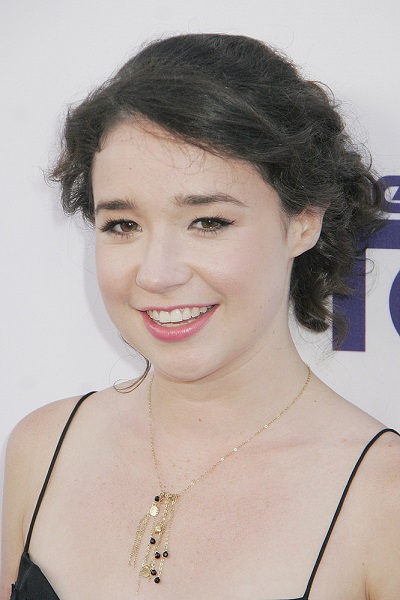 Sarah Steele is an American actress. Her roles include Spanglish (2004), as well as The Good Wife and The Good Fight series.

Her mother, Katherine A. High, is a doctor and pediatrics professor, who co-founded, and is president and chief scientific officer of, Spark Therapeutics. Her father, Gordon Steele, is a nutritionist.

Sarah’s maternal grandfather was Lacy Thacker High (the son of Sidney Cooke High and Ernestine L. Thacker). Lacy was born in North Carolina. Sidney was the son of David Jefferson High and Elvira Eatman. Ernestine was the daughter of Lacy Rankin Thacker and Laura M. T. Tonnoffski. Laura’s father, George L. Tonnoffski, was the son of George Tonnoffski, a Polish immigrant, and of Laura W. Cooper, who was American-born.

Sarah’s maternal grandmother was Joann A. Davis (the daughter of Edward James Davis, Jr., and Katherine Hanna). Joann was born in New Jersey. Edward was the son of Edward J. Davis, Sr. and Ellen/Nellie. Katherine was the daughter of Irish parents, Samuel S. Hanna and Elizabeth Lynch.