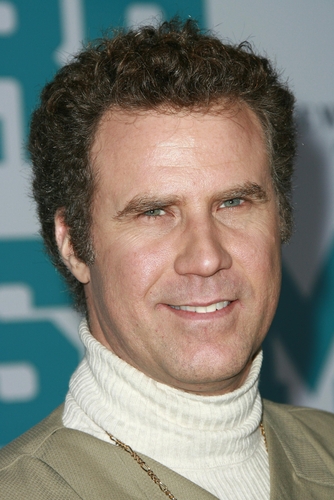 Ethnicity: English (mostly), with some Irish, distant German and Welsh

Will Ferrell is an American actor, comedian, writer, and producer. He has starred in Old School, Elf, the Anchorman films, Kicking & Screaming, Stranger than Fiction, and The Campaign, among many other works.

Will is the son of Betty Kay (Overman), a teacher, and Roy Lee Ferrell, Jr., a musician with The Righteous Brothers. His parents were both from Roanoke Rapids, North Carolina. Will is married to Swedish actress and auctioneer Viveca Paulin, with whom he has three children.

Will’s recent ancestors were all born in the U.S., and most of his traceable foreign-born ancestors were English. His patrilineal Ferrell line appears to originate in Ireland. One of Will’s maternal seven times great-grandfathers, Jacob Overman, was a German immigrant, who was born, c. 1652, in Saxony, Germany.

Will’s paternal grandfather was Roy Lee Farrell (the son of John William Ferrell and Ruth Taylor). Roy was born in North Carolina. John was the son of James Albert Ferrell and Emily Jane Murray. Ruth was the daughter of Millard Winfield Taylor and Jeanette Elizabeth Lewis/Taylor.

Will’s paternal grandmother was Ruth Rebecca Trueblood (the daughter of John Gray Trueblood and Anna/Annie May Marks). Ruth was born in North Carolina. John was the son of Samuel Trueblood, Jr. and Mary Elizabeth Briggs. Anna was the daughter of William Benjamin Marks and Anna Whitaker.

Will’s matrilineal line can be traced to Sarah Harrell, who was born c. 1800.