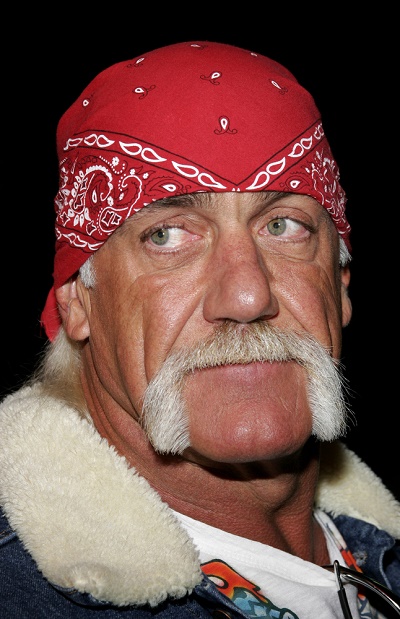 Hulk Hogan is an American professional wrestler, actor, television personality, entrepreneur, and musician. He was a member of the New World Order, along with Scott Hall and Kevin Nash.

Hulk is the son of Ruth V. (Moody) and Peter Bollea, Jr. He is married to Jennifer McDaniel. He has two children, singer and actress Brooke Hogan and actor Nick Hogan, with his former wife, Linda Marie (Claridge) Hogan. His nephew is wrestler Horace Hogan.

Hulk’s paternal grandmother was Edith Medora “Dora” Noonan (the daughter of Patrick Francis/Frank Noonan and Helena Frances Arvin). Edith was born in New York, to father from Prince Edward Island, Canada and a mother from New Hampshire, and had Irish, English, and Scottish ancestry.

Hulk’s maternal grandfather was Henry Clinton Moody (the son of Henry Moody and Ida C. Swaner/Swanner). Hulk’s grandfather Henry was born in Maryland, to a father from Pennsylvania and a mother from Maryland. Ida was the daughter of William G. Swanner and Margaret M. Sanders.

Hulk’s maternal grandmother was Vernice Caroline Violette (the daughter of Frank W. Violette and Elizabeth N. Stafford). Vernice was born in Old Town, Maine, and was raised in Panama, after her father went there to work on the Panama Canal. Hulk’s great-grandmother Elizabeth was the daughter of William Harrison Stafford and Caroline “Carrie” Knapp Butters.