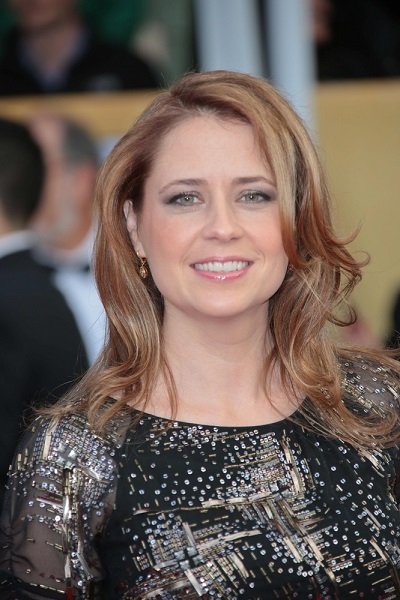 Fischer in 2013, photo by Prphotos.com

Jenna Fischer is an American actress and director.

She is married to screenwriter Lee Kirk, with whom she has two children.

Jenna’s paternal grandmother was Georgia Louise Crone (the daughter of Elmer Neal Crone and Stella Louise McKenna). Georgia was born in Missouri. Elmer was the son of James Neal Crone, who was from Ballymena, Northern Ireland, and of Georgia Ann/Georgeann Lefley, whose father was from England. Stella was the daughter of John F. McKenna and Katarina Louise Meyer, who was German, from Hanover, Lower Saxony.

Jenna’s maternal grandmother was Helen J. Bruns (the daughter of Julius E. Bruns and Anna/Annie Link). Helen was born in Missouri. Julius was of German descent, and was the son of Emil Bruns. Anna was also an ethnic German, and was from Apatin, Serbia. She was the daughter of Peter Link and Regina/Ragina Maul.