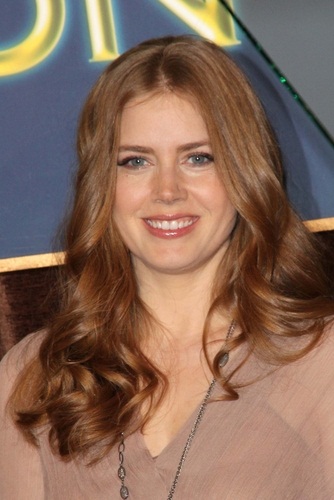 Amy Adams is an American actress and singer. She is known for her roles in Catch Me If You Can, Junebug, Enchanted, Doubt, Julie & Julia, American Hustle, and Nocturnal Animals, and many other films.

Amy was born in Vicenza, Veneto, Italy, to American parents, Kathryn and Richard Adams, who was serving in the U.S. military at the time, stationed at Caserma Ederle in Italy. Her family moved from base to base, later settling in Castle Rock, Colorado during Amy’s childhood. Amy is married to actor and artist Darren Le Gallo, with whom she has a daughter.

Amy is of heavily English descent, along with some Danish and Norwegian, 1/16th Swiss-German, and small amounts of Welsh, German, Irish, Scottish, and Scots-Irish/Northern Irish; her ancestry is three sixteenths Scandinavian. She was raised in a Mormon (LDS) family.

Amy has deep colonial American roots, going back to New Hampshire, Massachusetts, and Maine in the 1600s.

Amy’s paternal grandfather was Frank Ralph Adams (the son of Joseph Samuel Adams and Frances/Francis Elizabeth Cole). Frank was born in Shelley, Bingham, Idaho. Joseph was born in St. Luke, London, England, and was a printer and newspaper editor. He was the son of Joseph Samuel Adams and Eliza Caroline Woodward. Frances was born in Salt Lake City, Salt Lake, Utah, to English parents, George Cole, from Northfield, Birmingham, Warwickshire, and Susie/Susan/Susannah Sugden, from London.

Amy’s maternal grandmother was Colleen Hammond (the daughter of Grant Levi Hammond and Rita/Retta/Oretta/Reda/Oreta Virginia Otterbeck). Colleen was born in Logan, Cache, Utah. Grant was the son of Levi Parley Hammond, who had English ancestry, and of Annie/Anna Elizabeth Baer/Bair, who was born in Utah, to Swiss parents, Adolph Baer/Bair and Louise Hadderlie/Hadderli, of Swiss-German descent. Rita’s father, Amy’s great-great-grandfather, was Andrew Nickoli/Nichols Otterbeck, who was born in Logan, to a Norwegian father, from Kragero, Kragerø, Telemark, and to a Danish mother, from Nyborg, Svendborg, Fyn. Rita’s mother was Jennie May/Mae Fister, whose paternal grandparents were from Germany, and whose maternal grandparents were from England and Wales, respectively.