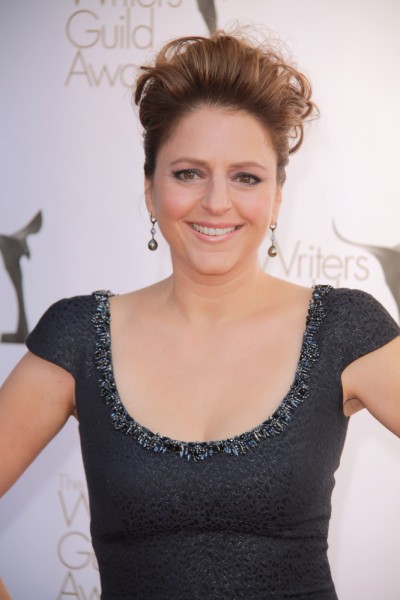 Mumolo in 2012, photo by Prphotos.com

Annie Mumolo is an American actress, screenwriter, comedian, and producer. She co-wrote the script for Bridesmaids (2011) with Kristen Wiig. She has two children with her former husband Tim Lovestedt.

Annie’s paternal grandfather was Dominic Mumolo (the son of Antonio/Anthony/Tony Mumolo and Stella Palazzo). Dominic was a studio musician at NBC from 1949 to 1971; he was born in California, to Italian parents, from Bari, Apulia. Antonio was the son of Vito Mumolo and Terrisa Guista. Stella was the daughter of Domenico Palazzo and Cesario Ferro.

Annie’s paternal grandmother was Jeanne Vincenza Galasso (the daughter of Vito Galasso and Teresa Torres). Jeanne was born in California, to Italian parents, from Bari. Vito was the son of Luigi Galasso and Maria Clarizio. Teresa was the daughter of Luigi Torres.