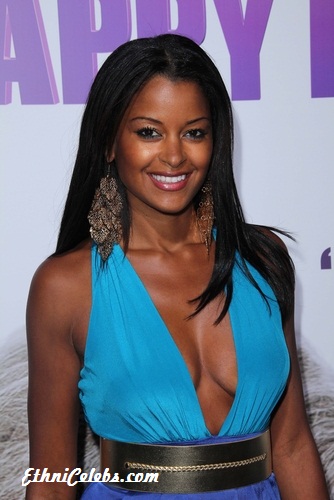 Her father is African-American. Her mother, Teresa, is Italian. Her parents met while her father was stationed with the U.S. Air Force at Brindisi, Apulia. Claudia speaks fluent Italian. She was an All-American sprinter in the 400-meter relay in college, and competed in three Junior Olympics.