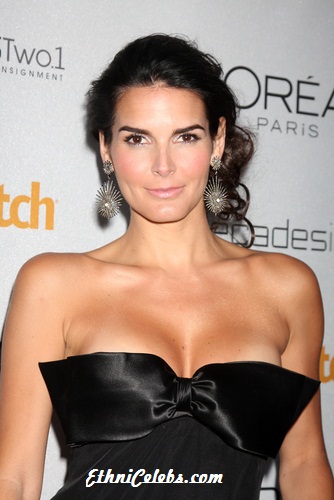 Angie Harmon is an American actress and model. She is known for her roles on the series Baywatch Nights, Law & Order, and Rizzoli & Isles, and in the films Agent Cody Banks and Seraphim Falls, among other works.

Her parents had both been models. Her father has English, with small amounts of German, Irish, Scottish, and Welsh, and remote Dutch, ancestry. Her mother is of Greek descent.

Genealogy of Angie’s paternal great-grandmother, Celia Estella/Stella McGoldrick (focusing on her own mother’s side) – http://worldconnect.rootsweb.ancestry.com