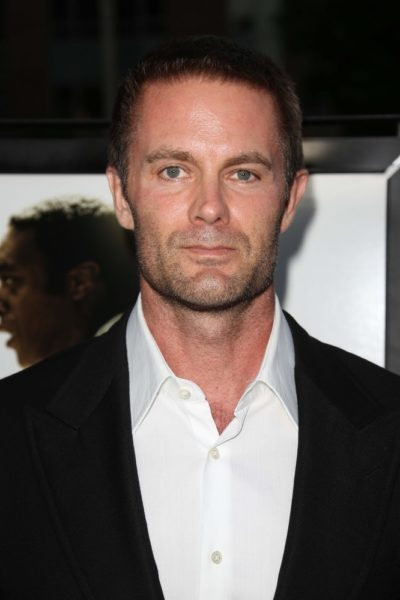 Garret Dillahunt is an American actor. He is known for his roles on the series Raising Hope and Terminator: The Sarah Connor Chronicles.

The surname Dillahunt is of Irish origin.

Garret’s paternal grandfather was Jack A. Dillahunt (the son of Richard Harvey Dillahunt and Nellie/Nillie F. Smith). Jack was born in Ohio. Richard was the son of Charles A. Dillahunt and Anna I./J. Baker. Nellie was the daughter of Edward Olonzo Smith and Sarah D. “Sallie” McAllister.

Garret’s paternal grandmother was Margaret Grieser (the daughter of George A. Grieser and Lulu May Grindle). Margaret was born in Ohio, and was of mostly German descent. George was the son of Johann Georg Grieser and Eva Elizabeth Steinman. Lulu was the daughter of Charles W. Grindle and Susan M. Izor.

Garret’s maternal grandmother was Beatrice Louise/Luda Frye (the daughter of David Grover Fry and Lucilla Loyd). Beatrice was born in Georgia. David was the son of Frederick Lafayette Fry and Alice Virginia Fry. Lucilla was the daughter of Ozias Asbury Loyd and Mary Leticia Cowan.