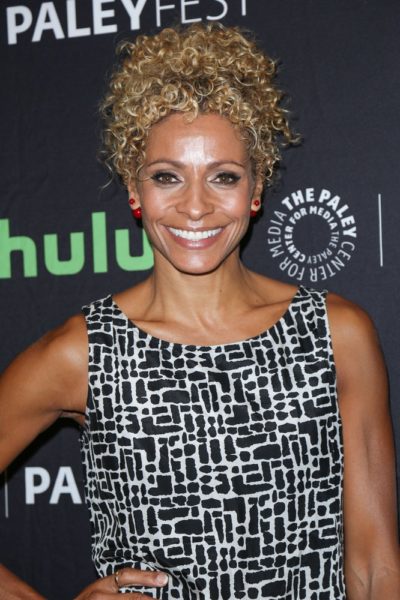 Michelle Hurd is an American actress.

Michelle is the daughter of Merlyn and actor Hugh Hurd (born Hugh Lincoln Hurd). She is the sister of Adrienne Hurd, who is an actress and dancer. Michelle is married to actor Garret Dillahunt.

Michelle’s paternal grandmother was named Eltis A. Eltis was born in Jamaica.

Genealogy of Michelle’s mother (through her own brother) – http://www.familysearch.org