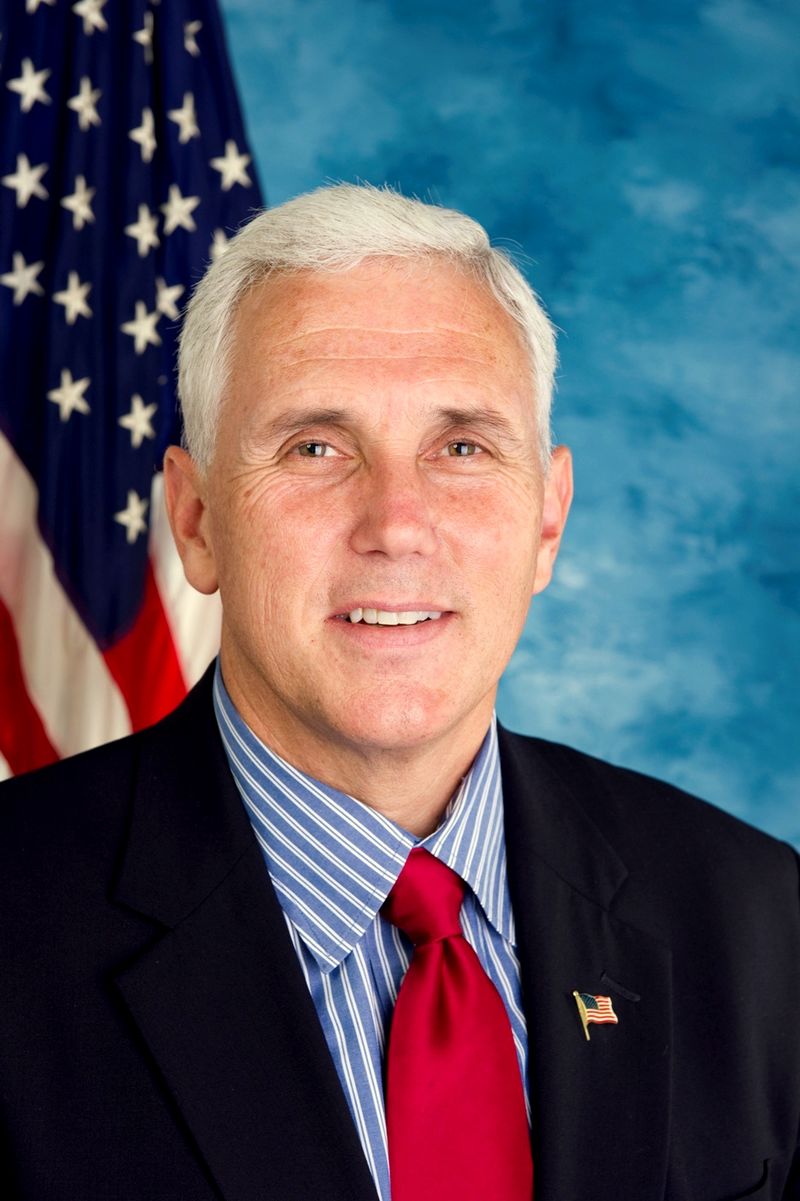 Mike Pence is an American politician, attorney, and radio show host. A Republican, he is the Vice President of the United States, having been sworn into office on January 20, 2017. He was elected to the position in 2016. He has also been Chairman of the White House Coronavirus Task Force, since February 26, 2020, as well as a Member of the U.S. House of Representatives from Indiana, from January 3, 2001 to January 3, 2013, and Governor of Indiana, from January 14, 2013 to January 9, 2017.

He was the Republican Party’s nominee for re-election as Vice President of the United States in 2020.

Vice President Pence is the son of Ann Nancy Jane (Cawley) and Edward J. Pence, Jr. His brother is businessperson and Republican politician Greg Pence, who has been a Member of the U.S. House of Representatives from Indiana, since January 3, 2019, from the same district that Mike represented. Vice President Pence’s father’s ancestry was 5/8ths Irish and 5/32 German (including Alsatian German and Swiss-German); the remainder of his father’s more distant roots includes English. Vice President Pence’s mother is of entirely Irish descent, the daughter and granddaughter of immigrants. Vice President Pence was raised Catholic, and later became an Evangelical Christian.

Vice President Pence is married to educator, teacher, and painter Karen Pence, with whom he has three children.

Vice President Pence’s patrilineal line traces to a Michael Bentz, who was born, c. 1705, in Lower Bavaria, Germany, and whose family surname was changed from Bentz to Pence.

Vice President Pence’s maternal grandmother was Mary Elizabeth Maloney (the daughter of James Michael Maloney and Mary Anne/Ann Downes/Downs). Vice President Pence’s grandmother Mary Elizabeth was born in Illinois, to Irish parents, from Killaloe and Doonbeg, respectively, both in Co Clare. James was the son of Michael Moloney and Anne Carney. Mary Anne was the daughter of John Downes/Downs and Eliza.