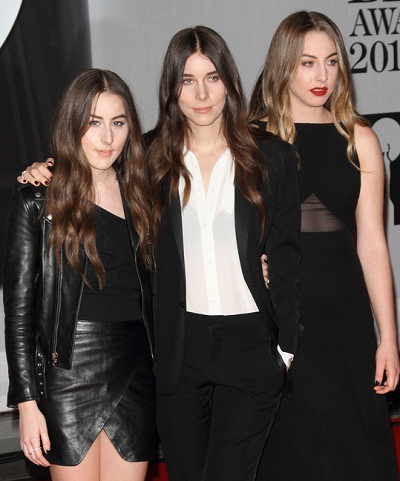 Alana Haim is an American musician and actress. She is a member of pop rock band HAIM, where she plays guitars and keyboards. Other members of the band are her sisters Este Haim, on bass, and Danielle Haim, on guitars and singing lead vocals, as well as Dash Hutton, who is the drummer. HAIM’s style of music has been described as old rock mixed with ’90s R&B.

Her father, Mordechai “Moti” Haim, is an Israeli Jew, who was a professional footballer, and is of Bulgarian Jewish descent. Her mother, Donna, is an American Jew.