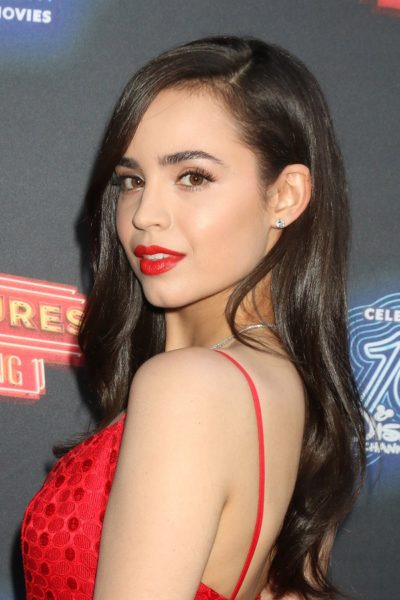 Carson in 2016, photo by kathclick/Bigstock.com

Sofia Carson is an American singer and actress.

Sofia is the daughter of Laura (Char) and José Fernando Daccarett. Her parents were born in Barranquilla, Colombia. Sofia speaks fluent English and Spanish. Carson is her maternal grandmother’s maiden name.

Sofia’s maternal grandfather is Simón Char Abdala (the son of Richard/Ricardo Char Zaslawy and Erlinda Abdala Chadjur). Richard was born in Damascus, Syria, the son of Miguel Char and María Zaslawy, and moved to Colombia in 1926. Erlinda was born in Colombia, the daughter of Lebanese parents, Simón Abdala and Rosa Chadjur.

My mom is Colombian, so I was raised going to Colombia every year to see my family. I am lucky enough that I get to speak both languages and they are both a part of who I am… We’ve been raised completely biculturally… I never really knew or appreciated [the] good it would do me in my future to be bicultural – to have both cultures with me and both languages – than right now in this moment in my career. Speaking Spanish has been such a plus and I feel so proud to be Colombian, and to be Latin and to go around the world and speak my languages. It’s great.