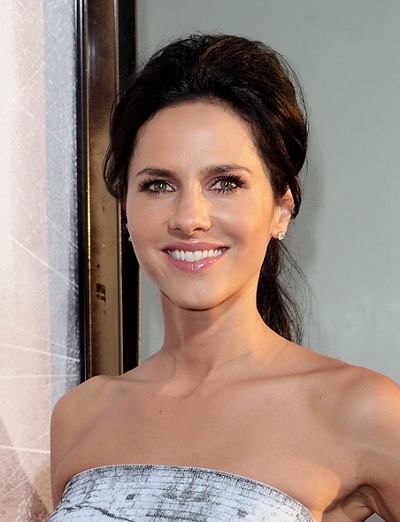 Paola Turbay is an American-Colombian actress, model, beauty queen, and television presenter. She was Miss Colombia in 1991.

Paola is the daughter of Helena Gómez Pardo and Gabriel Julio Turbay Bernal. She is a great-niece of Julio César Turbay Ayala, former President of Colombia, who was her paternal grandfather’s brother. Her father is of one quarter Lebanese descent.

Paola is married to Alejandro Estrada, and has two children.

Paola’s paternal grandfather was Aníbal Turbay Ayala (the son of Antonio Amin Turbay and Rosaria Ayala Hernández). Anibal was born in Bogotá, Bogotá, Distrito Capital, Colombia. Her brother, Julio César Turbay Ayala, served as the 25th President of Colombia, from 1978 to 1982. He also held the positions of Foreign Minister and Ambassador to the U.S. Antonio was born in Tannourine, Lebanon. Rosaria was born in San Juan de Rioseco, Cundinamarca, Colombia, the daughter of Ildefonso Ayala and Andrea Hernández.