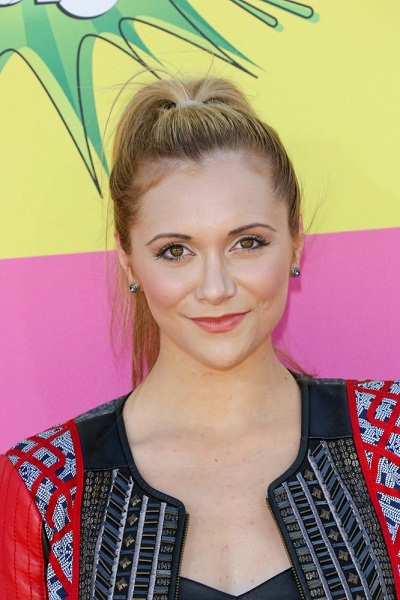 Alyson Stoner is an American actress, singer, dancer, and model. She is known for her roles in the Cheaper by the Dozen and Step Up films, as well as voicing Isabella Garcia-Shapiro in Phineas and Ferb.

Alyson’s paternal grandfather was James Chester “Jimmie” Stoner (the son of Rollin Earl Stoner and Lillian Agnes Kelley). James was born in South Bend, Indiana. Rollin was the son of Jacob F. Stoner and Lauretta/Lauraetta/Laura E. Oyster. Lillian was the daughter of Patrick Kelley, whose parents were Irish, and of Reine Eulalie/Lillian LeBlanc, who was born in Canada.

Alyson’s paternal grandmother was Letha Corrine Latta (the daughter of Lester Leroy/Leary Latta and Bessie Viola Thompson). Letha was born in Allegan, Michigan. Lester was the son of Charles Fredrick Latta and Flora/Florence Ann Blue/Blew. Bessie was the daughter of James Thompson and Emily/Emma Matilda Smila. Letha’s brother, Alyson’s great-uncle Del Latta (Delbert Leroy Latta), a politician, was a Republican Member of the U.S. House of Representatives from Ohio, from January 3, 1959 to January 3, 1989.

Alyson’s maternal grandfather was Charles B. “Chuck” Adams (the son of Howard Osborn Adams and Jessie May Hayworth). Charles was born in Scotland, Illinois. Howard was the son of Charles Best Adams and Caroline Minerva Osborn. Jessie was the daughter of Adrian Elsworth Haworth and Lucy Bell Siffert/Siford.

Genealogy of Alyson’s paternal great-great-grandmother, Emily/Emma Matilda Smila (focusing on her own father’s side) – http://worldconnect.rootsweb.ancestry.com

Genealogy of Alyson Stoner (focusing on her mother’s side) – http://worldconnect.rootsweb.ancestry.com

Genealogy of Alyson’s maternal great-great-great-grandmother, Sarah D. Money (focusing on her own mother’s side) – http://worldconnect.rootsweb.ancestry.com