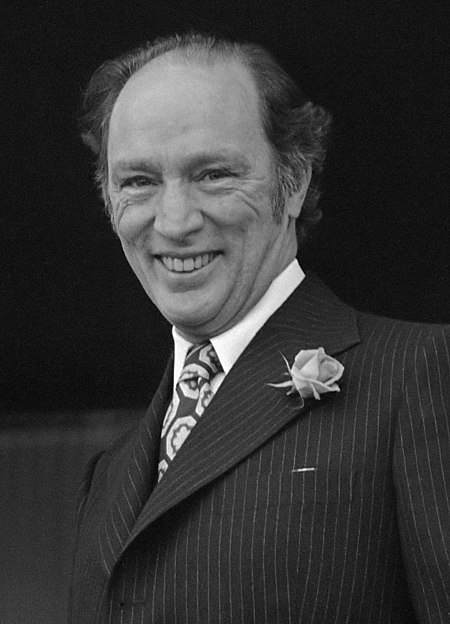 He was the first Canadian Prime Minister to have been born in the 20th century.

Prime Minister Trudeau had four children: politician Justin Trudeau, who has been Prime Minister of Canada, since November 4, 2015; filmmaker, journalist, and writer Alexandre Trudeau; and the late Michel Trudeau, all with his former wife, author, actress, and photographer Margaret Joan (Sinclair); and a daughter, Sarah, with his former partner, constitutional lawyer, professor, and author Deborah Coyne.

Prime Minister Trudeau’s patrilineal line can be traced to Étienne Trudeau, who was born, c. 1641, in Ste-Marguerite, La Rochelle, Charente-Maritime, France, the son of Francois Trudeau and Catherine Matinier. Étienne moved to Montréal, Québec, Canada. The surname was spelled Truteau in the 1500s.

Prime Minister Trudeau’s maternal grandfather was Philippe/Phillip/Philip Armstrong Elliott/Elliot (the son of Edward Simon Elliott/Elliot and Amelia/Emilie Morrisson/Morrison). Philippe was born in Saint-Gabriel-de-Brandon, Lanaudiere Region, Québec. Edward’s father, Simon Elliott/Elliot, was born in Lavaltrie, Québec, to a Scottish father and a French-Canadian mother. Edward’s mother, Rebecca Armstrong, was born in Maskinonge, Québec, to American parents. Prime Minister Trudeau’s great-grandmother Amelia was the daughter of William Morisson/Morrison, who had Scottish and French-Canadian ancestry, and of Margaret Elizabeth Armstrong, who was born in Maskinonge, Québec, to American parents, and was the sister of Rebecca Armstrong.

Prime Minister Trudeau’s maternal grandmother was Sarah Rebecca Sauvé (the daughter of Séraphin Sauvé and Agnès Clark). Sarah was born in St-Zotique, Montérégie, Québec. Séraphin was the son of Francois Sauvé and Eugènie Lalonde. Agnès was the daughter of William Clark and Félicité/Félice Clement.