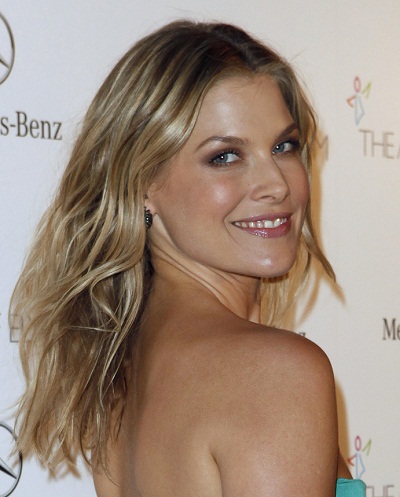 Larter in 2014, photo by Prphotos.com

Ali Larter is an American actress and model. She is known for her roles in the Final Destination and Resident Evil films, as well as Varsity Blues and many other features.

Ali is the daughter of Margaret, a realtor, and Danforth Cowperthwait Larter, a trucking executive. She is married to stand-up comedian, actor, and writer Hayes MacArthur, with whom she has two children.

Ali’s maternal grandmother was Katharine L. Olivit (the daughter of Joseph Leon Olivit and Margaret T. Lamb). Katharine was born in Pennsylvania. Joseph was the son of Samuel Butts Olivit, whose mother was of Irish descent, and of Maria Louise Gobeille, who was of French-Canadian and English ancestry. Margaret was the daughter of John Gordon Lamb, who was of Scottish descent, and of Abbie B. Hollinshead.