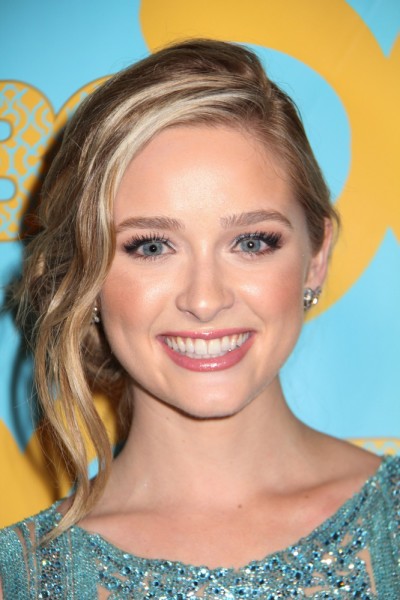 Grammer in 2015, photo by Prphotos.com

Greer Grammer is an American actress and beauty queen. She played Lisa Miller on the MTV series Awkward. She is the daughter of actor and entertainer Kelsey Grammer and make-up artist Barrie Buckner. Her half-sister, Spencer Grammer, is also an actress.

Greer’s paternal grandmother was Sally Cranmer (the daughter of Gordon Savage Cranmer and Evangeline Lucille/Lucile Dimmick). Sally was born in California. Gordon was the son of William Stockton Cranmer and Cora May Savage. Evangeline was the daughter of Ellis Loughborough Dimmick and Genevieve Marriott Geddes.

Greer’s maternal grandmother is Geraldine “Jerrie” Derby (the daughter of Hugh Charles Derby and Florence/Florene Elizabeth Stepp). Geraldine was born in Kentucky. Hugh was born in Kansas, the son of Scottish-born parents, John Peter Derby, from Glasgow, and Euphemia Monahan, from Kilwinning, North Ayrshire. Florence was the daughter of William Ransom Stepp and Julia Leora Stark.