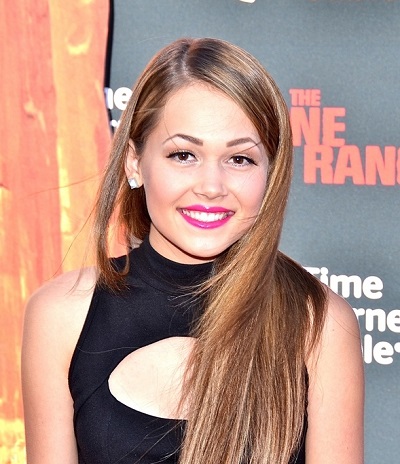 Berglund in 2013, photo by PrPhotos.com

Kelli Berglund is an American actress, model, and singer. She starred in the Disney Channel Original Movie How to Build a Better Boy.

She has said that her ancestry is “Italian, Irish, German, Swedish, English, Scottish. Lots of things!”

She also has French-Canadian ancestry.

Kelli’s maternal grandfather is Robert Alan Blandy (the son of William Blandy and Opell/Opal/Opel Vincent). Robert was born in Illinois. Opell was the daughter of William S. Vincent and Aldea Marceau, who were born in Illinois, both of them to French-Canadian parents.