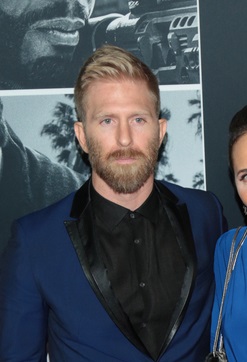 Kaiwi’s father, who is from Massachusetts, is of Irish, French-Canadian, Scottish, Dutch, and likely English, ancestry. His mother, who is from Hawaii, is of English, Irish, 1/16th Chinese, and 1/16th Native Hawaiian, descent.

David’s mother, Kaiwi’s great-great-grandmother, was born as Hualani Ahung, but went under the anglicized name Rebecca Brickwood, after her father had died when she was one year old and she was adopted by her mother’s second husband, Postmaster General Arthur Peter Brickwood, who was from Cornwall, England. Rebecca was born in Hawaii, and was the daughter of Chun Ahung, a Chinese merchant from Macau, who co-founded Honolulu’s Hungtai Co., and Louisa/Luika Nahili “Chu Chu” Neddles Gilman. Kaiwi’s great-great-great-grandmother Louisa was of Native Hawaiian descent, and was the biological daughter of Kaniliaulaninui Nahili and Kamoku; she was adopted by John Anthony Needles “Chu Chu” Gilman, a Cherokee Native American, and Louisa Pi’ilani Po’Okui, who was Native Hawaiian.