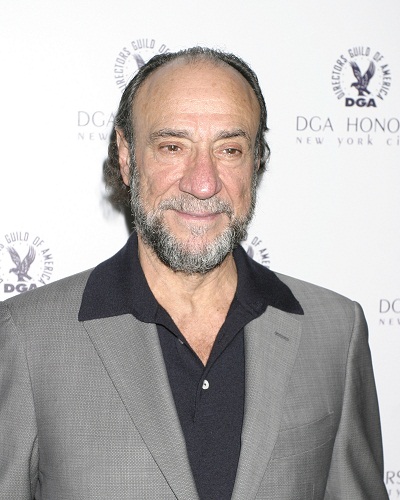 Abraham in 2008, photo by PrPhotos

F. Murray Abraham is an American actor. He won the Academy Award for Best Actor for Amadeus (1984).

Born Murray Abraham, he later added the initial F. to his stage name.

He is the son of Josephine (Stello) and Fred T. Abraham. His father was born into the Antiochian Orthodox Christian faith in Myklos/Muqlus, Syria, a small village in the Valley of the Christians/Wadi al-Nasara. His mother was born in Pennsylvania, to Italian parents; she became a member of the Orthodox Christian religion. His family’s surname was evidently originally Ibrahim. F. Murray was raised in El Paso, Texas, near the Mexican border. F. Murray is the first Arab-American to have won a Best Actor Academy Award.

F. Murray is married to Kate Hannan, with whom he has two children.

F. Murray’s maternal grandfather was named Bruno Stello. Bruno, a coal miner, was from the Province of Reggio Calabria.