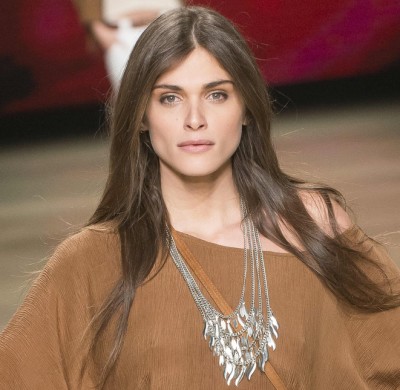 Sednaoui in 2015, photo by Prphotos.com

Elisa Sednaoui is a model and actress. She was born in Italy and grew up in Egypt (in Luxor), Italy, and France.

Her mother, Anna Morra, was born in Italy, while her father is of Syrian-Egyptian and French heritage. The Sednaoui family, a Melkite Greek Catholic family of Syrian descent, has its roots in the city of Sednaya, which is where their surname originates from. The Sednaoui family migrated to Egypt at the end of the 19th century and developed successful department stores in Cairo.

Elisa is a cousin of director and photographer Stéphane Sednaoui.

Elisa is married to art dealer Alexander Dellal, with whom she has a son. Alex is the brother of model Alice Dellal, and a cousin of actresses Lola Kirke and Jemima Kirke.

Two of Elisa’s maternal great-grandparents were named Rinaldo Ocleppo/Vestignè and Fiorentina Revigliono. Rinaldo was the son of Luigi Ocleppo and Angela Vugliano.

History of the Sednaoui family – http://english.ahram.org.eg