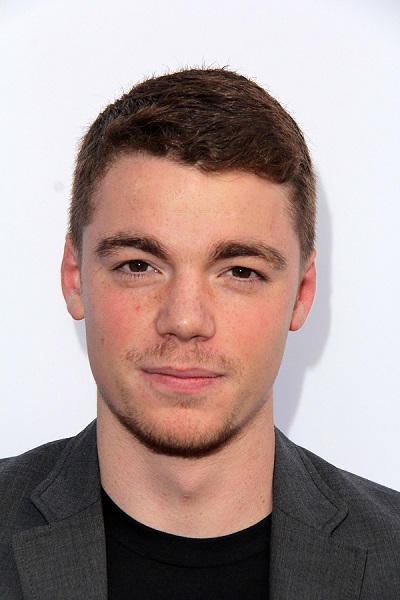 Basso in 2013, photo by s_bukley/Bigstock.com

Gabriel Basso is an American actor. His films include The Kings of Summer, Hillbilly Elegy, and The Hive (2014).

He is the brother of actresses Annalise Basso and Alexandria Basso.

The word “basso” means “short” in Italian. His paternal grandfather was of Italian descent. His other ancestry includes German, English, and Irish.

Gabriel’s maternal grandmother was Shirley Ann Cole (the daughter of Warren Gregory Cole and Leona Frances Johnston). Shirley was born in Missouri. Warren was the son of George Truman Cole and Ida Pearl Tumy. Leona was the daughter of Charles Erwin Johnston and Laura Elizabeth Henry.

Genealogy of Gabriel’s paternal grandfather, Louis/Lewis Gabriel Basso, Jr. (focusing on his own mother’s side) – http://records.ancestry.com